Cooperative Heritage Labs (CHL) are important part of the Open Heritage project. There are six of them and each is located in a different country – Germany, Italy, Poland, Portugal, UK and Hungary. Each lab location carries important heritage values, which are neglected, unrecognized, forgotten or under-used. All CHLs will operate from June 2019 until May 2021. This will be the time for testing and experiments in lab, which will preferably lead to new and sustainable use of specific buildings or entire areas in the future. New functions and management plans will be based on needs and activities of local heritage communities.

One of the CHLs already visited by the Open Heritage consortium members is Hungarian Pomáz, located in a metropolitan area of Budapest. Pomáz-Nagykovácsi-puszta (full name) is a place of archaeological and environmental values. It is called „Glasshill” as in the Middle Ages glass was produced there by the Cistercian monks. The ruins of their chapel and marks of their farm are still present there. Also, one can find traces of former fishponds and the irrigation system.

Ruins of the chapel and reminiscences the Cistercian farm

A small church was constructed in the late 12th century and most probably served for the nearby parish. Around the ruins also burial site was discovered. During the Mongol invasion it was destroyed and rebuilt by the monks. Excavation led to a discovery of their glass manufacture from the early 15th century. Shards of glass, melting pots and bricks form furnaces were found on the premises. Unfortunately the entire whole complex including the church were again destroyed in the 16th century by the Ottoman invaders. It was never rebuilt again and the hill started to serve a stone quarry continuously until the 1930s. Non-professional excavations and looting made the conditions of this heritage site even worse. Currently existing dwellings are mostly of the second half of the 20th century. 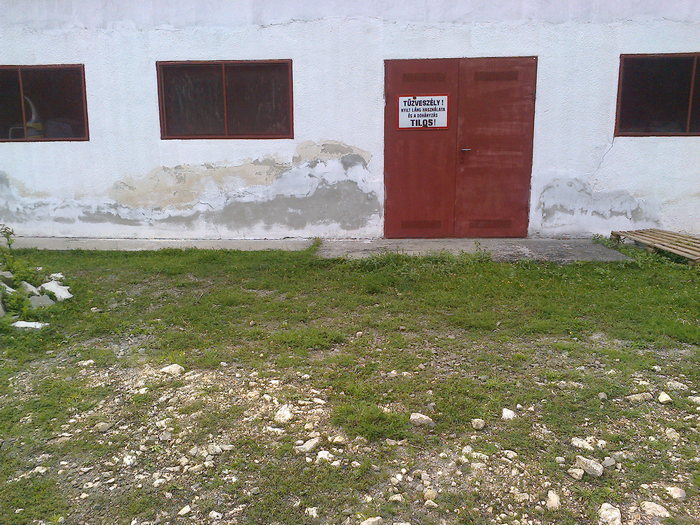 One of the  farm buildings, second half of 20th century

Since 2007 Glasshill belongs to a private owner and is used as an ecological farm. Is important to emphasize it is surrounded by the protected area due to its high environmental values. After centuries of destruction and negligence it is now under legal protection as a monument and archaeological site. The aim of the CHL in this location will be to find the innovative solutions going beyond only conservation of the tangible heritage. Making the site accessible for researchers, guests and local communities will cause several challenges. Partly because of legal issues, as the site is a private ownership and is under – so needed but challenging – legal protection. There is also a social side of the matter, as the heritage has been long forgotten and unrecognized, and its character makes it difficult to understand at first sight. Various actors must cooperate to create the sustainable future for Pomáz – owners, management of the National Park, researchers, local community and administration, educational institutions. It is also necessary to find financial models to provide educational activities and to find the best way to access the location, which is at the border of Budapest metropolitan region and at the far end of town of  Pomáz itself. Therefore, the aim of the Lab is to find a solution for strengthening the heritage community around the Glasshill and to  understand and promote its heritage. 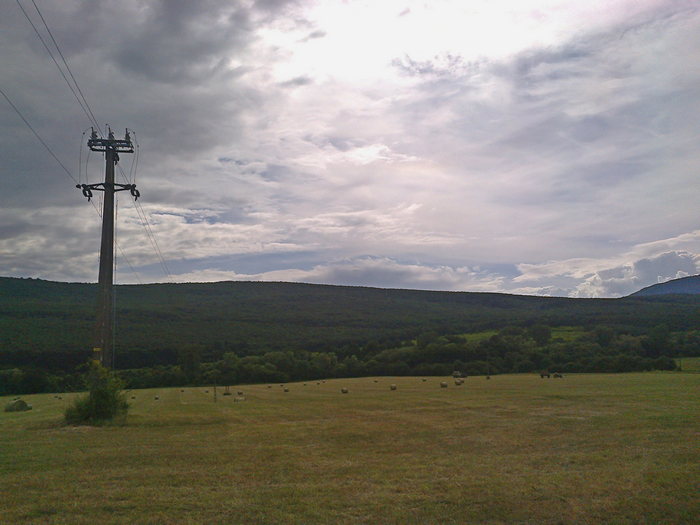 Landscape around the Glass Hill

Text is based on the information provided by the Central European University in Budapest during the consortium meeting and site visit in June 2018.