OpenHeritage – first meeting of the consortium

During 3 very busy days we had an opportunity to discuss issues, visit sites and plan work for next 4 years. There were numerous presentations of research and implementation methods, locations of labs, as well as organizational and legal restrictions concerning heritage. Workshops were focused on the meaning, role and interpretation of heritage. All these meetings resulted in development of the action plan for next months including research on architectural and spatial heritage protection and promotion tools. It is also important to mention that there was also a meeting open for the public, which was focused on re-use of the forgotten heritage. 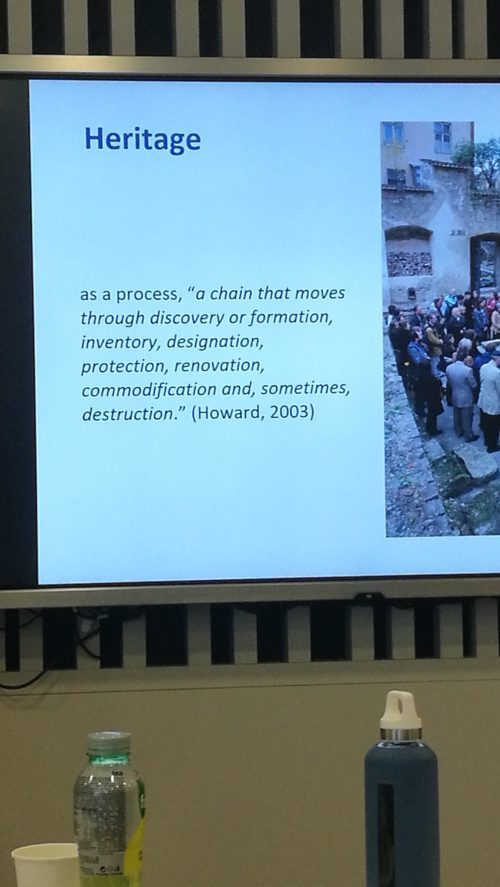 Slide from one of the presentations from Budapest meeting

We had an opportunity to visit two sites. One of them was Pomaz, where one of the heritage labs will be created. Pomaz is located in the metropolitan areas of Budapest and has rich, although not widely recognized history reaching to medieval times including farm area being not only a place of agricultural production but also glass manufacture and religious worship.